Balance à trois, choreographed by star dancer Jean Babilée, is set to an eclectic but effectively written score by Jean-Michel Damase that ranges from moments reminiscent of Rhapsody in Blue to others recalling nothing so much as the anodyne music that accompanied those Look at life travelogues that you had to sit through in the 1960s before the main cinema feature began.

The theme of Babilée’s ballet is, oddly enough, somewhat similar to that of Mademoiselle Fifi. A girl – this time a genuinely young one danced by Gerda Baum – exercises alone in a gymnasium. She is joined first of all by a preening, self-aware and self-confident young gymnast in the shape of Jean Babilée himself. Their growing mutual interest is interrupted by the arrival of Adolfo Andrade, portraying a somewhat arrogant and thuggish young boxer, a piece of beefcake straight out of the pages of Tom of Finland. In competition for the girl’s attention, the boys attempt to outdo each other in an escalating series of gymnastic exercises. Ultimately, however, she intervenes to restore harmony and the three of them exit the stage, wreathed in smiles, in a spirit described by a narrator’s voice as « camaraderie ». That innocent interpretation was only to be expected in 1965. We of the cynical 21st century are more likely to assume that this Balance à trois was all too likely to have become a full-blown off-stage ménage à trois.

The ballet gets off to a somewhat sluggish start in the section where the girl is alone in the gym. She remains until the end rather a passive character – not much more than a blandly sweet and physically unimposing bobby-soxer. Here, this time in contrast to Mademoiselle Fifi, the primary choreographic interest lies in the two men, for it is their arrival that sets up the dramatic interaction between the three characters and soon begins to create a compelling narrative sweep. Fortunately, both Babilée and Andrade are charismatic dancers who hold our attention even when they are simply standing motionless and watching each other perform. Balance à trois is something of a period piece – rather reminiscent of a balletic West side story with Babilée a clean cut Jet and Andrade’s darker Latin looks marking him out as a Shark. Sadly, it hasn’t demonstrated the same ability to survive as Bernstein’s musical, but it is good to see it here all the same. 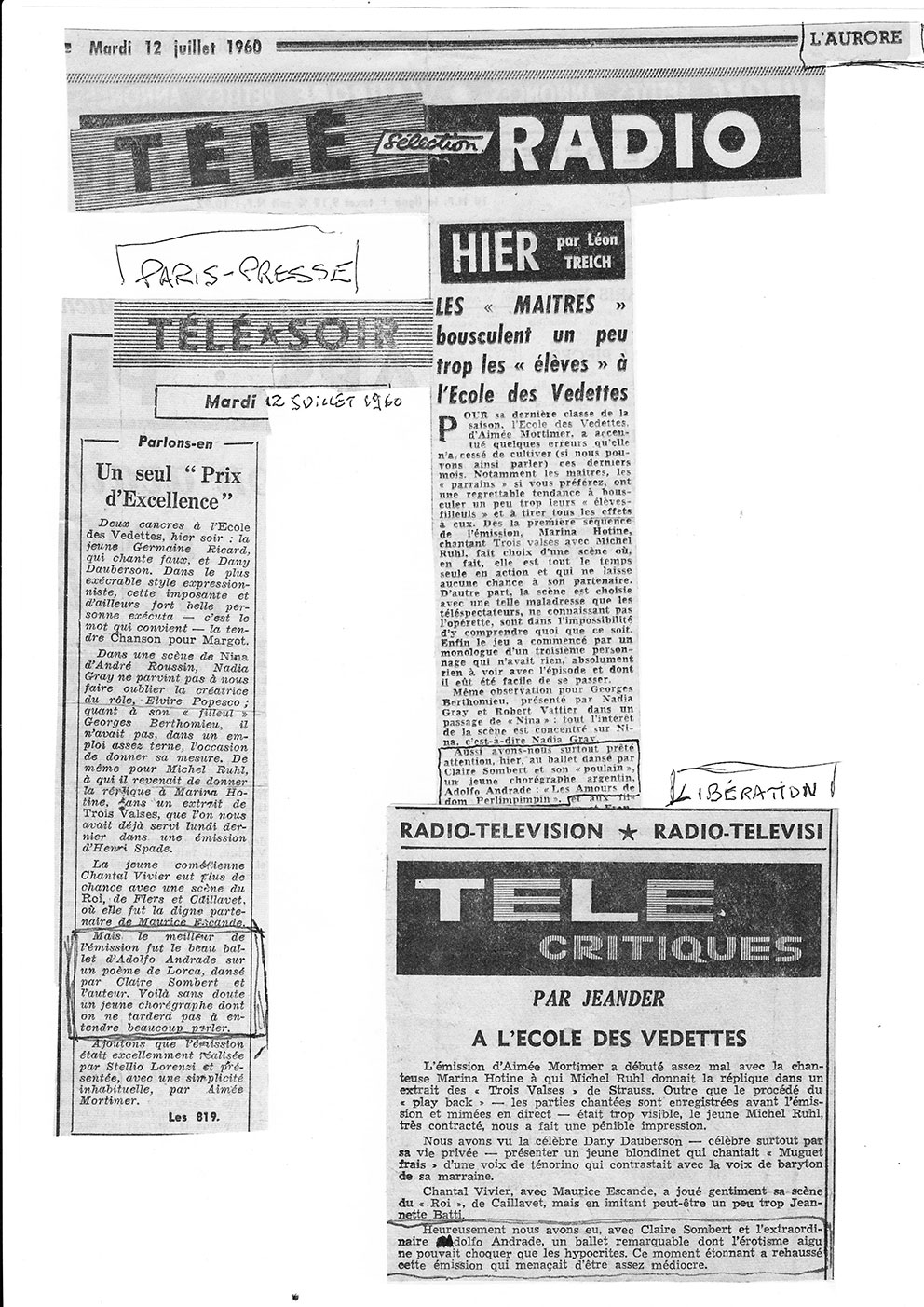